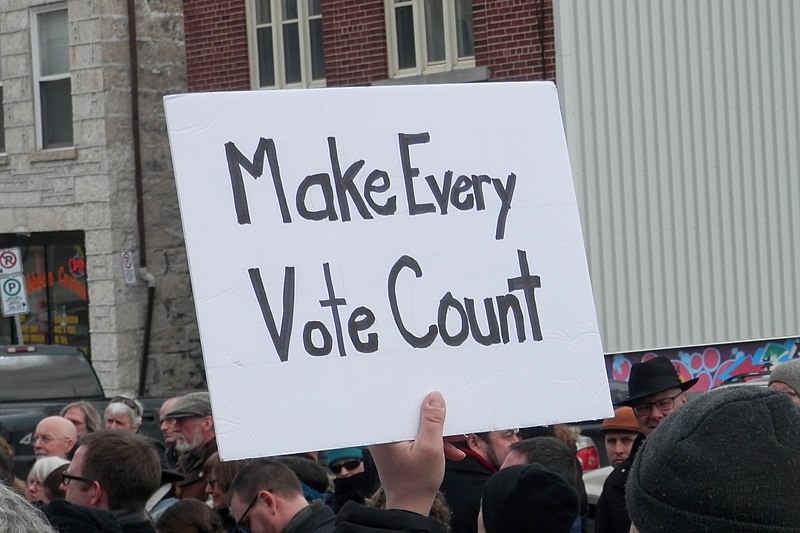 Winston Churchill (apocryphally, as it turns out) is believed to have said, “The best argument against democracy is a five-minute conversation with the average voter.” In light of British Columbia’s referendum on electoral reform this past fall, one is tempted to agree. But let’s not let the media, politicians, and third-party campaigners off the hook.

Regardless of where you come down on proportional representation, the referendum was a shameless exercise in fearmongering and misinformation. Confusion was ramped up at every opportunity. Minor quibbles over process were inflated into frothing conspiracy theories. A rigged vote was proclaimed, an NDP/Green Party power grab in the offing. Nazis lurked around every corner. And the inclusion of not one but two ballot questions? The horror!

While the NDP government campaigned for reform, it rarely did the “Yes” side any favours. Premier John Horgan performed abysmally in his televised debate with Liberal leader Andrew Wilkinson (who, to be clear, was no better). If only the government had fleshed out a few more details in advance, some of the “No” side’s deliberate mischaracterizations might have been more easily debunked.

Referendums are poor vehicles for nuanced policy discussion. Some electoral reform advocates even take the position that a fair voting system is a civil rights issue — something no less crucial to our democracy than the universality of the franchise — and thus ought to be above the fickle whims of majority rule. Should we really be holding votes on whether to make every vote count?

And yet, valid though this perspective might be, it is hard to shake the idea that choosing an electoral system is the rightful prerogative of the electorate, that leaving the whole thing up to politicians is a fundamental conflict of interest. Referendums are flawed, yes, but elected governments acting on their own initiative, even if guided by ostensible public consultations, face insurmountable incentives simply to preserve their own power. Indeed, how else to explain the perseverance of first-past-the-post?

Hence a proposal that I suspect will be found equally distasteful both by pro rep evangelists and by guardians of the status quo: perhaps the problem isn’t too much voting, but too little.

What if we held regularly scheduled electoral reform referendums every four years? What if, as a matter of course, the task of choosing next election’s voting system was taken up by this election’s voters? Pairing the ballot question with a general election would help to keep the former’s costs down. Plus, serendipitously, the mechanics of voting would already be on the public’s mind. A permanent, repeated exercise of this nature, if properly executed, could infuse our democracy with a spirit of innovation, experimentation, and open-minded inquiry.

So who would be responsible for writing the referendum question? Which variant or variants of reform (plurality, majoritarian, proportional, or otherwise) would make it on the ballot? In order to prevent governments from gaming the system, these matters would have to be determined at arm’s length — perhaps by citizens’ assemblies or by citizen-initiated petitions. The threshold for victory would be a simple majority — anything more rigorous would serve only to stack the deck in favour of the status quo. And lest this idea be perceived as nothing but an underhanded attempt to lock in proportional representation by fluke and throw away the key, a necessary feature for this running proposition would be its permanence. For the sake of fairness, switching back to first-past-the-post would have to be just as easy as abandoning it.

Is there any public appetite for such an exercise? Maybe, maybe not. Here in British Columbia, fresh off the conclusion of our third electoral reform referendum in just over 13 years, many voters are exhausted. But, to put it bluntly, anyone who doesn’t want to vote doesn’t have to. One person’s experience of voting system fatigue should not prevent another from having their say.

Furthermore, the idea of a perpetual ballot question is not wholly without precedent. The City of Vancouver includes capital plan borrowing proposals on every municipal election ballot, which nobody seems to mind (or, for that matter, notice).

Is there something special about electoral reform that makes it uniquely divisive, that wounds our body politic more widely and deeply with each new iteration? It’s hard to say. Voting systems are a wonky and technical subject matter, not what one expects to ignite the public’s imagination. That something so objectively boring would inspire fierce passions on all sides of the debate is not to be feared. On the contrary, this sense of polarization might even signal something positive. The state of public discourse can probably withstand a little extra strain.